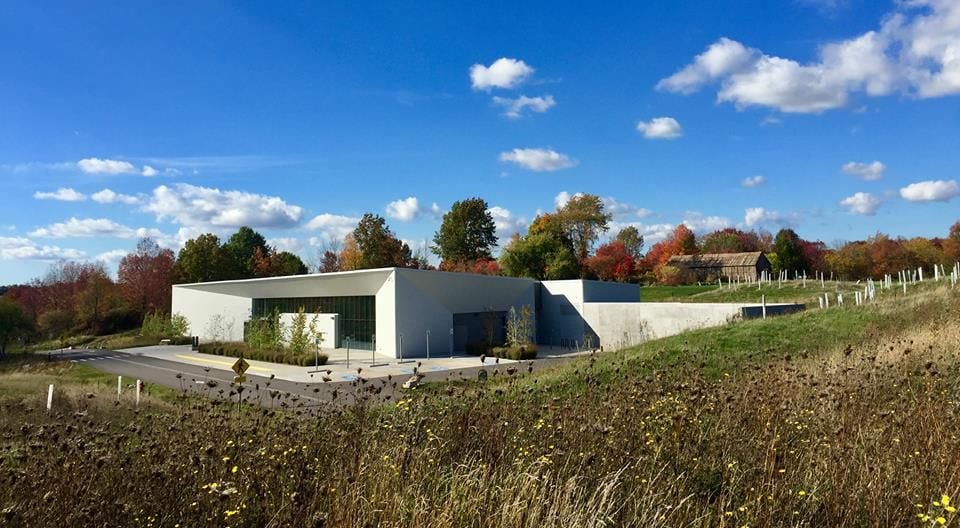 The Seneca Art & Cultural Center in Ganondagan ties together many facets of the Seneca people, including white corn’s historical and contemporary significance to Haudenosaunee communities. 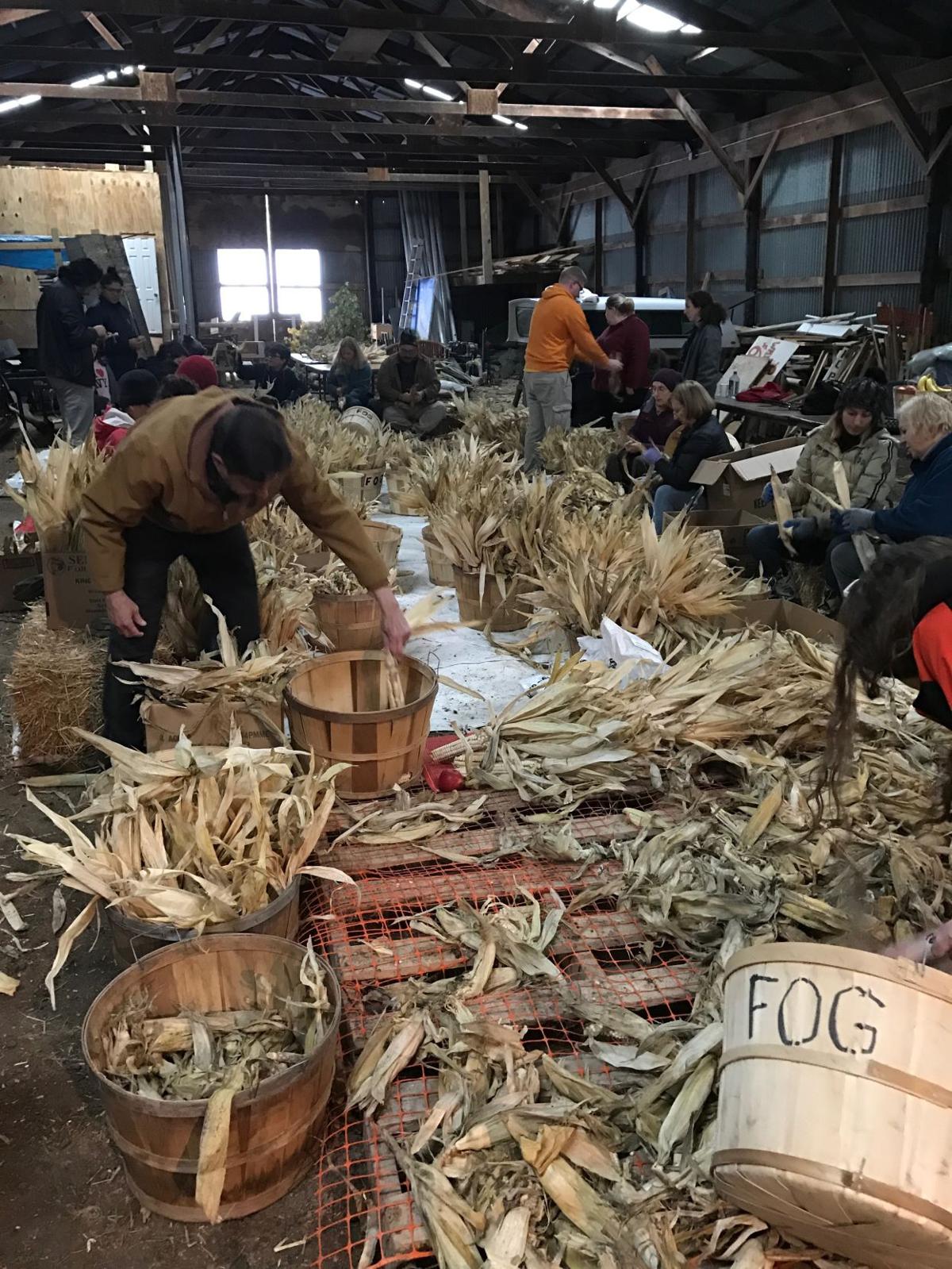 Haudenosaunee community members and volunteers husk and braid corn for storing and drying during the Iroquois White Corn Project's annual Husking Bee. Everything from sowing the seeds to processing the corn is done by hand. 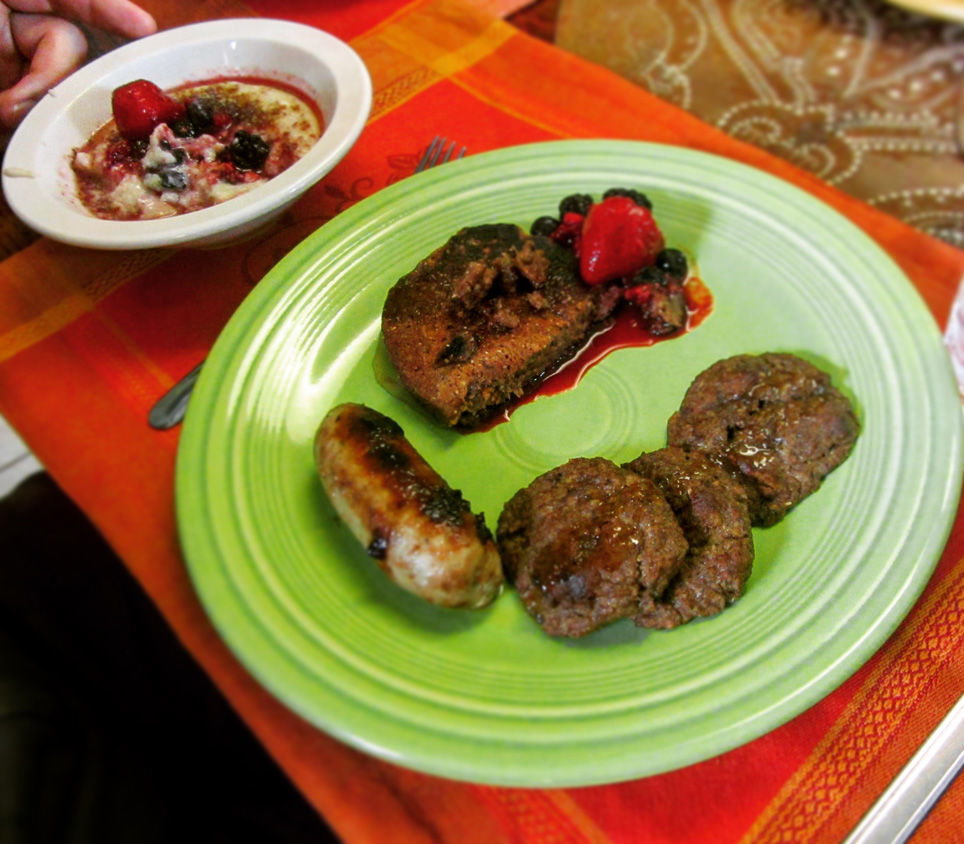 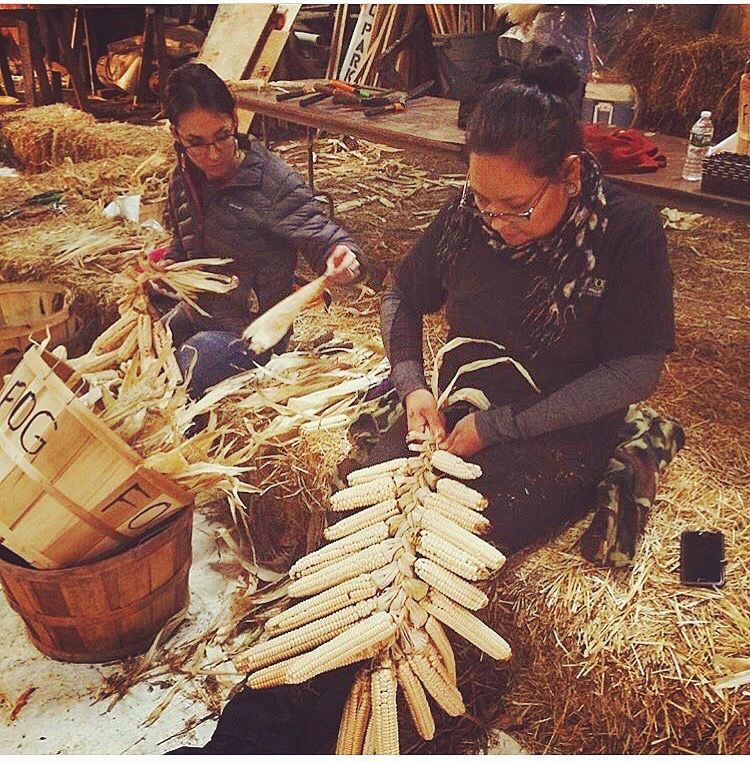 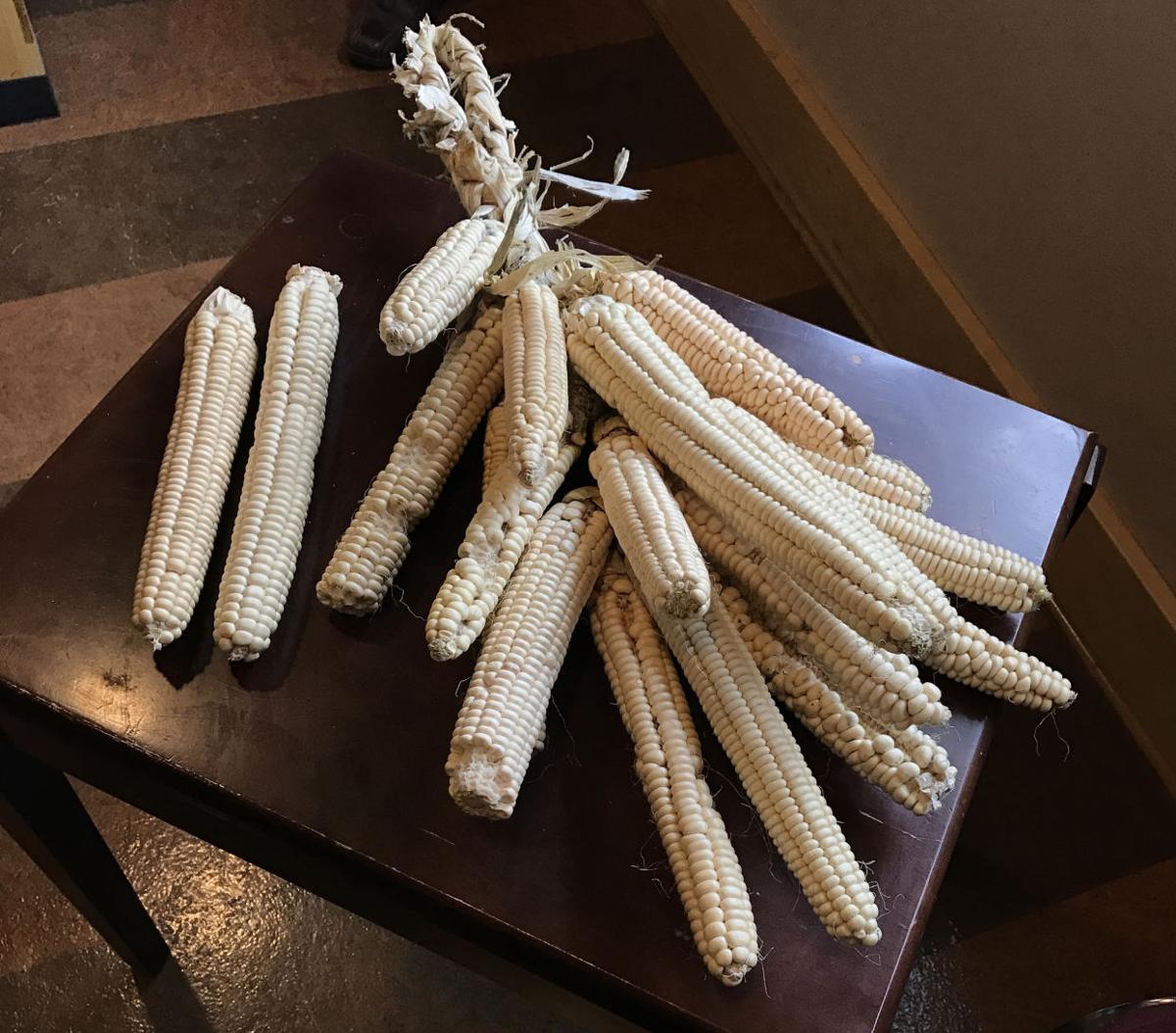 The Seneca Art & Cultural Center in Ganondagan ties together many facets of the Seneca people, including white corn’s historical and contemporary significance to Haudenosaunee communities.

Haudenosaunee community members and volunteers husk and braid corn for storing and drying during the Iroquois White Corn Project's annual Husking Bee. Everything from sowing the seeds to processing the corn is done by hand.

During the 17th century, Ganondagan, which the Seneca refer to as “Town of Peace,” was home to a thriving Native American population of approximately 4,500 people. The primary food source was white corn, an heirloom grain that provides a complex carbohydrate, high protein content and a lower glycemic index than its hybridized and less nutritious modern counterparts.

“Our villages used to have men called ‘runners’ who ran messages from one village to the next,” says Lauren Jimerson, project manager for Iroquois White Corn Project. “The white corn is what sustained them.”

In 1687, an army came from New France — which would later become part of Canada — with orders to eliminate the town. When soldiers found the cache of 500,000 bushels of white corn, they destroyed it.

Several centuries later, the precious white corn was cultivated once again. This effort, known as Pinewoods Community Farming, was founded by Drs. John Mohawk and Yvonne Dion-Buffalo. It was located at the Cattaraugus Reservation.

Mohawk started the project because he found a correlation between the high rates of diabetes in the Haudenosaunee communities (Iroquois Confederacy) and the absence of the traditional white corn as a diet staple. The doctor wanted to bring the corn back to the table of the Haudenosaunee and make it available to the greater community.

When Mohawk died in 2006 the project went dormant. Five years later, Peter Jemison, Ganondagan State Historic Site Manager, revived it and brought it to Ganondagan as the White Corn Project.

“The revival of the White Corn Project says a lot about the survival and resilience of the Seneca people and this corn,” Jimerson says.

The recently opened Seneca Art & Cultural Center in Ganondagan is an ideal place to learn more about white corn. The Cultural Center ties together many facets of the Seneca people, including the corn’s historic significance and its cultural and nutritional importance in contemporary Haudenosaunee communities.

Unlike the soft, sweet corn one might purchase in a grocery store, the heritage white corn kernel is encased in a hard, indigestible hull that must be removed. Everything is done by hand: Sowing, harvesting, drying, shelling, roasting, grinding and hulling.

The process increases the corn’s digestibility and releases the nutrients locked inside, enabling them to be more readily absorbed by the body. Additionally, the nutritional composition of the corn keeps one satiated longer with an extended, slow release of energy.

Corn mush is the traditional preparation, but Jimerson points out that indigenous people follow contemporary customs, and white corn fits in well with modern times as a versatile ingredient in many recipes.

“My friend had high blood sugar but didn’t want medication,” Jimerson says. “The only change she made to her routine was to eat corn mush with dried berries and nuts each morning. That successfully lowered her blood sugar!”

White corn comes in three forms: Hulled, white flour and roasted white flour. The aroma of roasted white corn might be best described as a delightful convergence of campfire, fresh air and earth. The corn is available for purchase at the Seneca Art & Cultural Center gift shop or online at IroquoisWhiteCorn.org. The website also provides many recipes. Lauren Jimerson recommends the maple yogurt cornbread.

Note: The Seneca Art & Cultural Center will be closed for planning Jan. 14 through Feb. 10.

It might give you bad breath, but a little garlic can go a long way toward improving your health