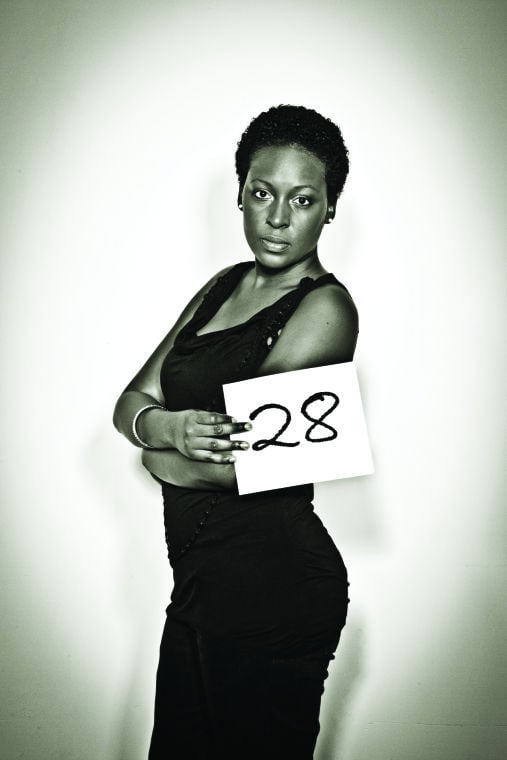 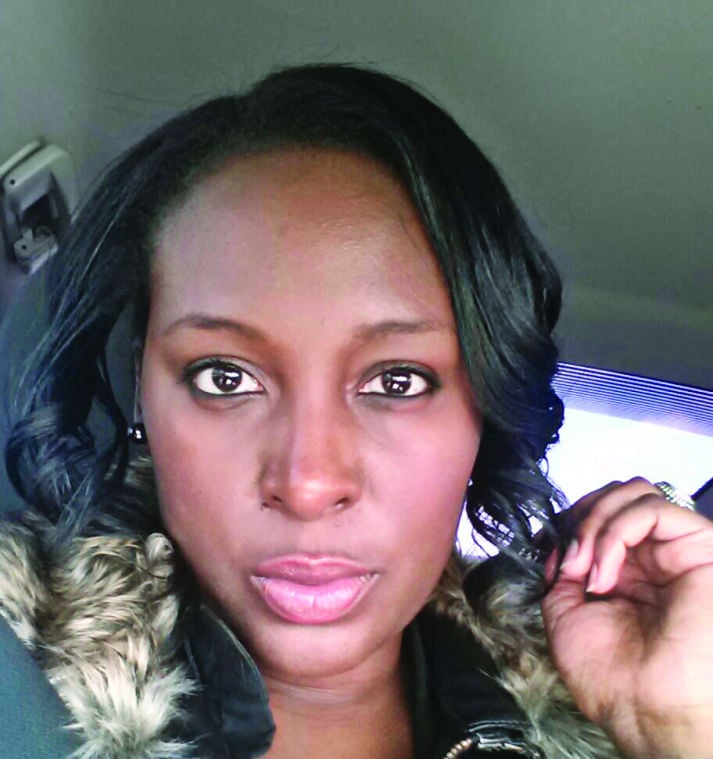 Before being diagnosed with breast cancer, Tameka Dickerson worked as a model. Submitted photo 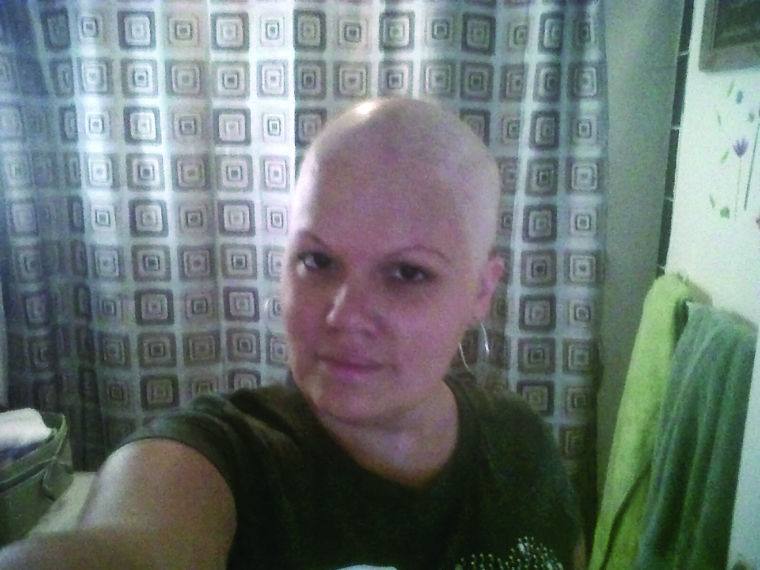 When breast cancer took Jeannette Pagan's hair, she felt a sense of loss, and worried about what people would think. Submitted photo 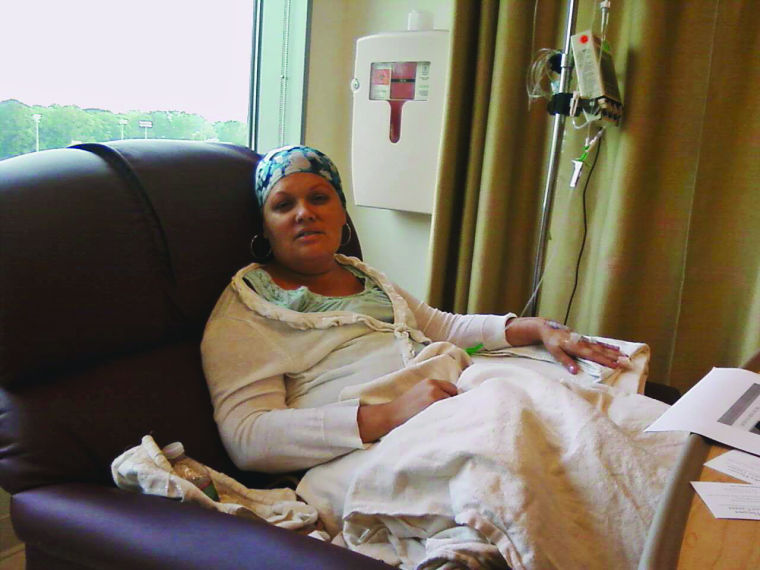 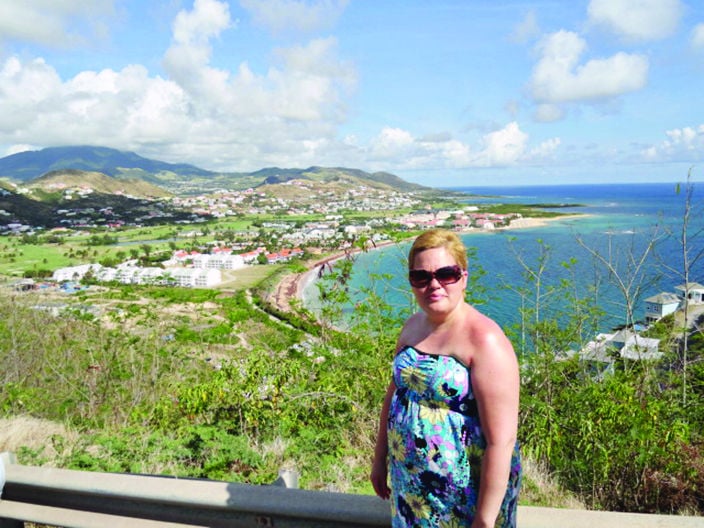 Jeanette Pagan celebrated her recovery with a trip to Saint Martin Island in the Caribbean in 2012. Submitted photo

Before being diagnosed with breast cancer, Tameka Dickerson worked as a model. Submitted photo

When breast cancer took Jeannette Pagan's hair, she felt a sense of loss, and worried about what people would think. Submitted photo

Jeanette Pagan celebrated her recovery with a trip to Saint Martin Island in the Caribbean in 2012. Submitted photo

She had survived the unthinkable, but Tameka Dickerson couldn’t see herself as a triumphant breast cancer survivor. At 28, the disease put her life in danger, but it threatened much more than her health.

Engulfed by treatment, the onetime model would look in the mirror and see her long, luxurious hair thinned from chemotherapy.

She saw skin darkened from radiation. Her arm was swollen. She’d focus on her breast, misshapen from surgery. The social worker wondered if she could ever again walk into a room and feel beautiful.

“Because of my own perception of beauty—and what other people considered beautiful—I did not leave my house for many months,” says the Kansas City, Mo., resident, now a 31-year-old new mother.

It’s a common experience for many women facing breast cancer treatment and all the physical changes that come with it. With hair loss and weight fluctuations, not to mention lumpectomies and mastectomies, the disease forever changes women’s bodies. And it often takes time and some serious soul-searching to get comfortable in the body of a survivor.

Jean Rowe has worked with many women who struggle with body image issues, trying to get comfortable in their skin and feel like themselves again. Rowe is a certified oncology social worker and a program manager for the Young Survival Coalition, a group that supports young women with breast cancer.

“Life as they knew it is turned upside down, and it’s an identity crisis,” she says. “Who they thought they were is going to change. How they look at themselves, how they perceive how others look at them—all that comes into question.”

Often, just the prospect of physical changes upsets a recently diagnosed woman even before treatment begins. She wonders what will happen, and how her daily routine—hair, makeup, putting on her bra—could change.

Once doctors diagnosis the disease, they want to work quickly. There’s little time to emotionally prepare for the changes, or work through decisions that will have a lasting, visible impact.

“The initial diagnosis, in my opinion, is the most stressful time they will have,” Rowe says.

Jeanette Pagan, a surgical coordinator from South Hackensack, N.J., was 41 when she got the news that a lump she found in her breast was cancerous. She doesn’t remember much about hearing the news in her doctor’s office, other than feeling like she got punched in the stomach.

“First, I was scared. Then by the time the afternoon, the evening came, I was just mad, disgusted with my body,” says Pagan, now 43.

She thought she had done everything right. She had a family history of breast cancer, so she was careful to keep up with regular checks.

Pagan’s doctors told her she needed surgery, and time was of the essence. And she was presented with an agonizing decision. The cancer was only in one breast, but with a strong family history, doctors told Pagan she had a good chance of developing cancer in the other. So she made a quick decision: She’d have both breasts removed, replaced with silicone implants.

Did I make the right choice?

Decisions like Pagan’s are some of the toughest a woman will ever have to make, says Bernadette Hayes, a Chicago therapist who frequently works with breast cancer survivors.

Many women think losing or modifying their breasts will take away their femininity. But many also simultaneously struggle with the thought of surgically replacing them.

“For some folks, it’s at that time when they decide what it is to be a woman,” Hayes says. “Are my breasts my identity?”

It’s a decision some women grapple with even before a diagnosis.

Actress Angelina Jolie recently made headlines when she announced she’d decided to undergo a double mastectomy because of her high risk for developing breast cancer. Other women have done the same, choosing a medically preventive option over fears about how they’ll look.

But though the surgery comes and goes, those fears don’t just disappear. Hayes says she worked with one woman who made a move like Jolie’s, then worried she made a mistake.

“The statistics they threw at her were so scary, that either in a moment of clarity or insanity, she decided, ‘I’m going to do this,’” she says. “And that was part of her therapy, her thinking, ‘Oh my God, what have I done?’”

To feel more whole after surgery, some of Hayes’ clients opt for implants. Others get specifically designed bras with padding, and find these are a simple option to make them feel more womanly.

“Basically, you put on your breasts in the morning before you walk out the door,” Hayes says.

Implants and padded bras can help women feel more normal, but Hayes says many survivors need the added boost of support groups and counseling to cope with fears about her physicality. Often, a woman’s biggest concerns focus on how her loved ones will react.

Whether they’ve undergone a mastectomy, lost hair from chemotherapy, or gained weight from steroid-based treatments, survivors often imagine all sorts of negative conversations with their friends and family.

“They think, ‘You’re not going to accept me. You’re going to look at me with disgust and think I’m hideous,’” Hayes says. “There’s fear. ‘Will you really be there for me?’ They become guarded, feel ashamed, and become anxious because they’re not sure the person they’re with is going to stick it out with them.”

Pagan knows these feelings well. She lost weight unhealthily because she didn’t have much of an appetite. She remembers feeling ugly as her hair fell out after her second round of treatments. She hid her bald head from everyone—including her family.

“No one, not even my family, saw me without my hair for the first month,” she says.

But that wasn’t how she wanted to cope with the cancer. She began attending a support group organized by CancerCare, a national organization that helps women cope with cancer. For the first time, she saw survivors who had become comfortable with their changed appearances. Together, they bared their hairless heads and tried on new hoop earrings. They looked at pictures of themselves to remember how far they’d come.

And Pagan, who still covered up her head with wigs and scarves, finally revealed her new self to the group.

“One girl took off the wig, and she said, ‘Jeanette, your hair does not define you. Your breasts do not define you,’” Pagan remembers.

In your new skin

Survivors must accept that they’re grieving the loss of their bodies and their former appearance, and it’s just like coping with the loss of a loved one, says the Young Survival Coalition’s Rowe. But as they grieve and come to terms with their altered appearance, they can begin to build a new appreciation for the person they’ve become.

For some women, that process might come with wigs, or extra focus on clothes or makeup, but Rowe says that’s not always the case. She estimates only about a quarter of the survivors she works with wear a wig all the time.

Rowe encourages women to meet other survivors whose hair has already grown back. It’s important, she says, to see the light at the end of the tunnel.

Strong support at home, at work and among friends can also help women begin to accept the changes in their bodies.

With her physical changes, Dickerson, a model since she was a teenager, faced the first time in her life when people weren’t telling her she was pretty. So she focused on the substance of her relationships.

“My refuge was definitely my church, my husband and my close family,” she says.

Friends and family should know, Rowe says, that their positive feedback is more powerful than new clothes, a new hairstyle or any other temporary physical change. And when all else fails, remember physicality is fleeting.

Dickerson’s mom, a cosmetologist by trade, helped her realize this with some straight talk.

“She told me, ‘Tameka, it is just hair. It will grow back—it’s not like it’s an arm or a leg,’” Dickerson laughs.

Breast cancer by the numbers

Breast Cancer by the Numbers

232,340 new cases of invasive breast cancer will be diagnosed this year

64,640 cases of non-invasive (early stage) breast cancer will be diagnosed this year

39,620 women will die from breast cancer this year