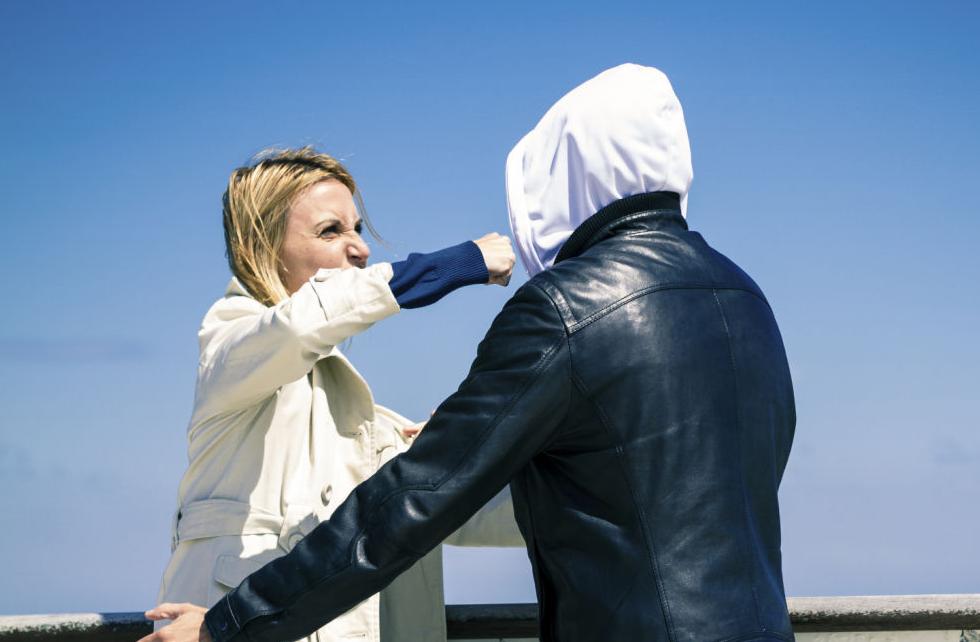 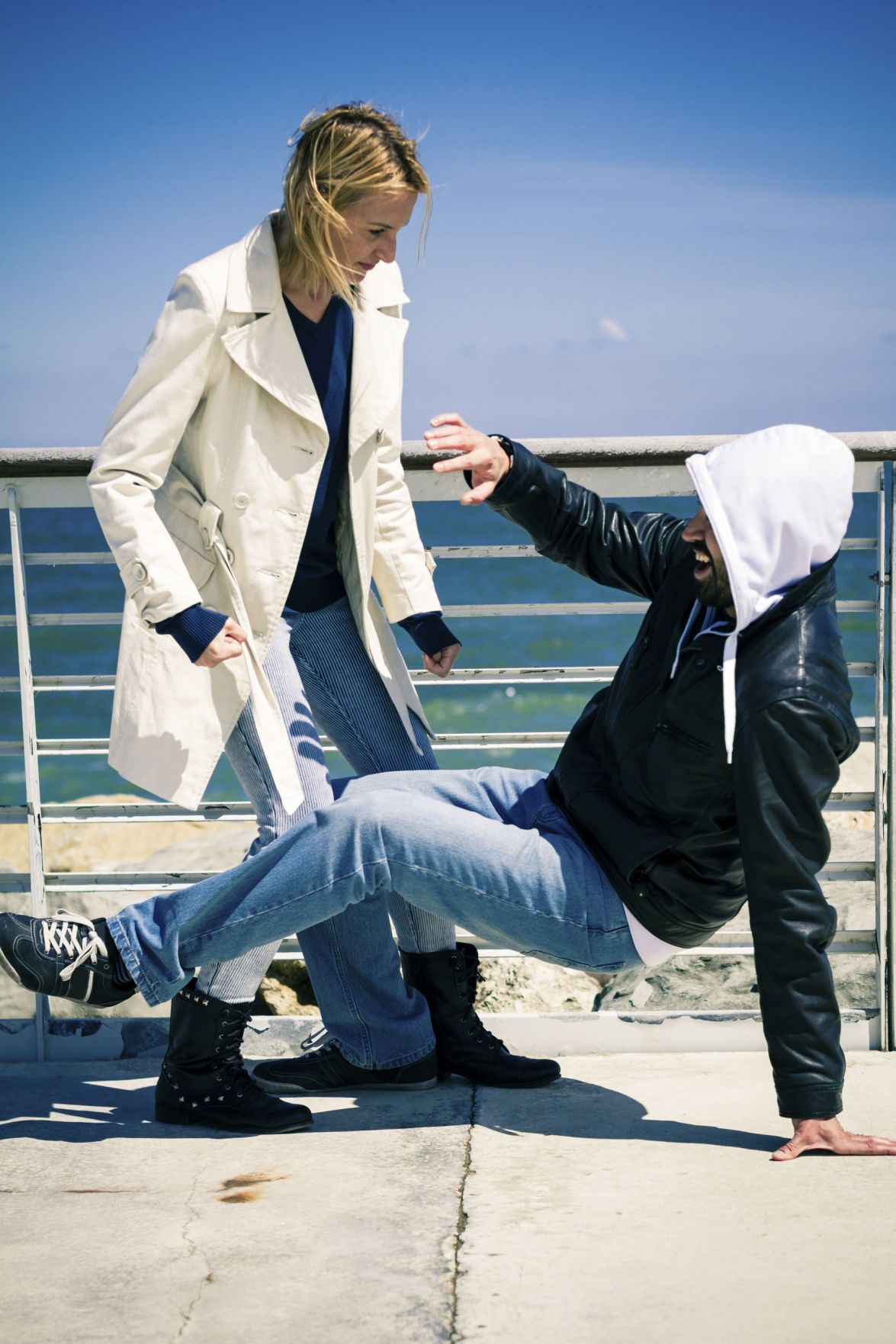 After several sessions, they report a change in how equipped they feel to handle themselves out in the world—and not just when they’re walking down the street alone at night.

Learning how to assert herself can majorly impact a woman’s day-to-day life, MacDonald says.

“They gain confidence in themselves, so they can navigate the world in a more successful and confident way,” says MacDonald, co-owner of Lioness Martial Arts in Wilkinsburg, Pa.

“That includes going in to ask your boss for a raise, going in for a job interview, taking a risk in your professional life, dealing with your personal relationships.”

Instructors like MacDonald teach women a wide range of skills. Along with the basics of physical defense, including learning how to get away from a large attacker with a well-placed knee to the groin or an elbow to the temple, self-defense programs provide tools to use in conversations and interactions of all kinds.

MacDonald says her students practice using their voices effectively—like yelling as loud as they can—and learn how to move their bodies in a way that projects confidence.

For many of the women in her classes, it’s often the first time they have flipped their mindset, allowing themselves to think about what they can do to be safe, rather than their limitations.

“As women in this society, we are bombarded with images and words telling us that we’re not capable of a lot of things—not capable of taking care of ourselves, standing up for ourselves,” she says.

Learning to push back against those messages is why self-defense training can have as much of a psychological impact as it does a physical one, says Jocelyn Hollander, a University of Oregon sociology professor who researches and teaches women’s self-defense.

In her research, Hollander has found that self-defense training helps women deal with fears of sexual assault, while also addressing broader issues.

“Women tell me they have much more positive feelings about their own bodies,” she says. “They think of them as something that’s not just decorative, but as a tool that can protect them.”

She says classes empower women because they don’t require participants to be a particular size or shape. The skills they learn are designed to be effective even against a taller or stronger opponent.

It’s important women realize they have the tools to defend themselves, MacDonald says. Women can use the things that may make them self-conscious—being small or overweight—to their advantage.

“Even a very small woman, or someone who is overweight or elderly, can do most of this stuff,” she says.

“We’re trained to think that unless you look like Bruce Lee, you can’t do anything. But it’s not flying crazy kicks we’re doing here. It’s basic self-defense.”

Check out some simple and effective self-defense moves every woman should know, courtesy of Mona MacDonald, co-owner of Lioness Martial Arts in Wilkinsburg, Pa., and Jocelyn Hollander, self-defense teacher and University of Oregon sociology professor.

This move essentially forces an attacker to back off, says Hollander.

“If you put your forearm toward someone’s throat, they’re not going to want to move toward you,” she says.

If an attacker continues to approach, Hollander suggests using the basic of your palm to firmly strike a sensitive area, like his eyes or nose.

The trick to self-defense is aiming for the most sensitive areas, MacDonald says. Kicking works if you’re further away, but if you’re close to the attacker, use your knee. “Throwing your knee up is really easy for everybody,” she says. “Throw it to the right place and with enough force, and you can get out of that situation.”

Thumb to the Eye

It sounds brutal, but in a dire situation MacDonald says aiming for the eyes is a solid bet. “No matter how big and strong your opponent is, there is nothing protecting their eyes,” she says.