Skip to main content
You have permission to edit this article.
Edit
Mind & Body
Just For You
Inspiration
Nutrition & Fitness
About Us
Advertise With Us
Contact Us
Newsletter
Submit a Story Idea
1 of 3 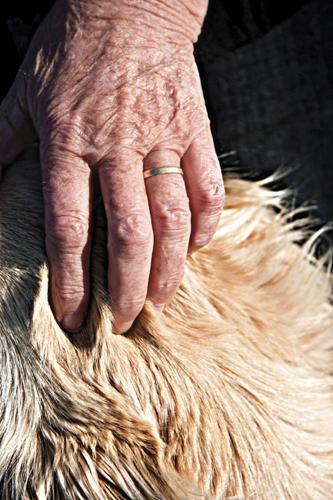 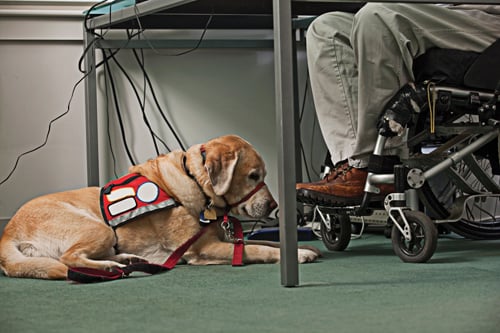 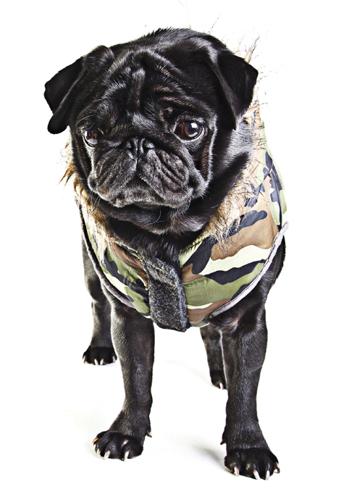 You’ve watched the videos on YouTube. You try to resist, but you can’t help but grin big and let out a little laugh. Whether it’s a bulldog skateboarding down a sidewalk or a cat riding a vacuum cleaner, animals truly tickle our collective funny bone.

It’s no surprise that animals make us feel good. And for years, they’ve been used as guides for the blind and assistants for the physically disabled. But animals also serve real therapeutic purposes. A child with autism can find solace petting a whinnying horse. A tornado victim feels soothed by the weight of a dog’s snout pressed against his leg. Animals can be there for us during times of crisis and pain, when words simply fail.

Animal-assisted therapy is catching on as a form of treatment that uses animal interaction to improve people’s social, emotional and cognitive functioning. In nursing homes and hospitals, animals are commonly used to help reduce stress, says Rebecca Johnson, director of the Research Center for Human-Animal Interaction in Columbia, Mo.

“It doesn’t seem to matter if it’s a dog, cat or rabbit, there seems to be a similar response in terms of reducing anxiety,” Johnson says.

Beyond their everyday work, the dogs have assisted after tragic incidents, including the deadly shooting at Sandy Hook Elementary School in Newtown, Conn.

“The dogs just bring a calmness into the atmosphere and situation that sometimes people can’t,” Martin says.

“You can see in their body language how they relax, and how the tension leaves the body,” he says.

Two of the ministry’s golden retrievers are still serving at Sandy Hook. The K-9 Comfort Dogs also traveled to Boston for two weeks after the Boston Marathon bombings, and comforted residents of Moore, Okla., after a violent EF5 tornado devastated the area in May.

Isabelle Townsend’s daughter Maya suffers from schizencephaly, a rare form of cerebral palsy. The St. Charles, Ill., mom didn’t want Maya’s condition to inhibit her quality of life, so she took her for

Thanks to an equine-assisted therapy called hippotherapy, Maya took her first steps toward a horse with her walker when she was 3 years old.

“The horse’s movement taught her brain, ‘This is how you should move,’” Townsend says. “Her brain is not wired like that. She had to learn everything we take for granted.”

Equine-assisted therapy is one of the most commonly used animal therapies, says Loren Gineris, a physical therapist and the founder of Strides in Motion. The practice helps children with autism, cerebral palsy, Down syndrome and developmental delays.

Therapeutic riding, especially helpful for kids with physical disabilities, focuses on technique to strengthen the core with forward, backward and lateral movements. Hippotherapy uses the horse’s movement as a therapy tool to gradually introduce motor and sensory input.

Children stand assisted on a horse’s back to simulate walking. They position themselves on all fours atop the horse to simulate crawling.

Maya, now 7, can sit upright in her saddle and walk with crutches. Her mom says Maya is often afraid to do things most of us don’t think twice about—walk down the sidewalk or reach into the fridge—because she worries about falling. But when she saddles up on a horse, her fear takes a backseat.

“Maya wouldn’t be where she is if it weren’t for hippotherapy,” Townsend says. “She first walked for the horse. She was so motivated by it. She’d do anything for that horse. She has no fear at all.”

Part of the reason hippotherapy is so effective, Gineris says, is that kids are more apt to see the activities as fun, not therapy at all. They work their leg muscles by squatting to gather equipment and pick flowers. They improve their ability to grasp with exercises such as picking grass for the horse, and “painting” their hooves with water. And when the session is over, they get to feed carrots to their buddy.

“When children have been in clinics their whole life, and they get into this natural environment, they’ll do things they wouldn’t want to do otherwise.

“So we do these activities to accomplish what a therapist would do in a clinic, in a natural environment. They are very emotionally attached to the horse, and will do any activity with it.”

Animals get us moving, and they can incite activity in older people who don’t move around much. They’re also a friend, offering a bright spot during lonely days.

And for someone living in a nursing home, it means they’ve got a visitor 24/7. The American Society for the Prevention of Cruelty to Animals is one of many organizations leading the charge in pet therapy programs. Pamela Barlow, ASPCA’s Animal-Assisted Therapy

“It can just brighten their whole day,” Barlow says. “(Animal therapy) can decrease blood pressure, and have a calming effect on people in long-term care. For people looking for psychological relief, it can be extremely helpful getting people to get out of their shells. It’s used a lot on people who are nonverbal.”

Animal visitors can boost our moods just as much as human ones, says researcher Johnson. She saw firsthand the positive impact pets have on older adults at TigerPlace, a pet-focused senior residence in Columbia, Mo.

The residence helps seniors keep their independence for as long as possible by letting them care for pets. Workers provide veterinary house calls, and offer placement services if the pet loses its owner.

The animals give older adults something to focus on besides their aches and pains, Johnson says.

“As we age, our social network often gets smaller, and to have a companion animal with you all the time can be very comforting and positive,” Johnson says.

Researchers are looking into the therapeutic effects of partnering dogs with combat veterans. The Research Center for Human-Animal Interaction is currently studying veterans who have returned from Iraq and Afghanistan. These veterans train dogs in basic obedience skills, and experts are determining whether it lowers stress.

Therapists hope the dog training will help veterans manage their anxiety and build camaraderie, as they interact with people who have been through similar experiences, Johnson says. Some of the dogs have also been trained as service animals for veterans with posttraumatic stress disorder.

They learn how to turn on lights in dark rooms, alert their owners in dangerous situations, and provide comfort in crowded environments.

“Their mere presence is a calming factor. The unconditional love and support is a relaxing factor,” Johnson says. “If a veteran is anxious, they can chill out while petting the dog. They can really notice behavior changes in a veteran, and sense when they need to stick very close.”

Maya Townsend (in blue) and Katie (in orange) are two children who attend therapy sessions at Strides in Motion, a program that uses equine-ba…

Dogs provide such a great outlet for emotions. There is no expectation there.

She first walked for the horse. She was so motivated by it. She’d do anything for that horse. She has no fear at all.

Sparks the Dalmatian is a Tail Waggin’ Tutor, trained and certified by Therapy Dogs International. When he’s on the job at Clifton Springs Lib…