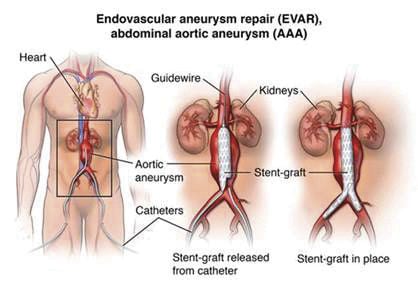 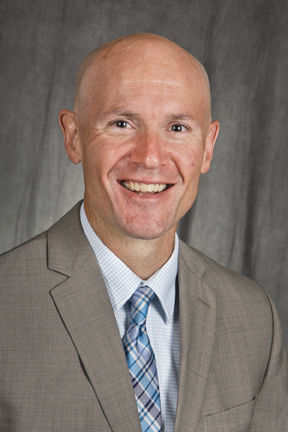 What began in the 1990s as an up-and-coming surgical procedure for treating aneurysms has not only become common practice today, but is also proven to dramatically decrease recovery time and avoid the invasive procedures associated with traditional open surgery.

"It was pretty widespread in the later part of the ’90s and early 2000s to the point now that we do that for more than 80 percent of patients," says Dr. Christopher Scibelli, associate professor of clinical surgery at the University of Rochester Medical Center, who also practices at Thompson Hospital.

Scibelli is describing endovascular aneurysm repair (EVAR), a procedure used to address potentially deadly abdominal aortic aneurysms. The operation allows doctors to treat an aneurysm — the weakening of one of the body's major blood vessels — without making major incisions in the chest or abdomen. This less invasive treatment significantly reduces a patient's recovery time.

"It's more preferred, just by the patient's perspective," says Scibelli, who is board certified in general and vascular surgery, and a member of the Society for Vascular Surgery as well as the Society for Vascular Ultrasound. "If you give the option of, 'I can do an operation where you can probably go home the next day and pretty quickly get back to normal,' or, 'I can do an operation where you're probably going to spend about a week in the hospital,' most patients prefer EVAR."

As Scibelli explains, the traditional method for treating abdominal aortic aneurysms consists of open surgery in which a surgeon replaces the patient’s aorta with a cloth tube.

"We still do that from time to time, but that takes a lot out of people,” he says. “It's a big physical challenge for a lot of patients.”

Using EVAR, Scibelli says a surgeon makes a small incision in one or both of a patient's groin arteries, and with the help of x-ray images, inserts and advances a wire to the site of the aneurysm. Then, a catheter with a fabric-like covered wire frame called a stent graft is advanced over the wire. The stent graft is expanded within the artery, and the wire frame enables the device to be sealed in place.

This results in blood flow through the stent graft, which then can't enter the aneurysm. Scibelli says the recovery time is typically one to two days, as opposed to a week or more for traditional surgery.

"Very frequently, we can get people home the next day," he says. "We try to avoid having [patients do] really strenuous activity just to let their incisions — the two little incisions in their groin arteries — heal and not put too much stress on that. But they can recover a lot more quickly than with open surgery."

Scibelli says patients must, because of the stent, undergo regular imaging after the procedure. Those who might be more susceptible to risk factors for post-operative complications make good candidates for EVAR.

"Most of the patients that are coming to us with these aneurysms have other medical problems," he says, citing that many times he operates on older patients. "For a large portion of our elderly population that show up with these problems, they're going to recover faster with a less invasive treatment."