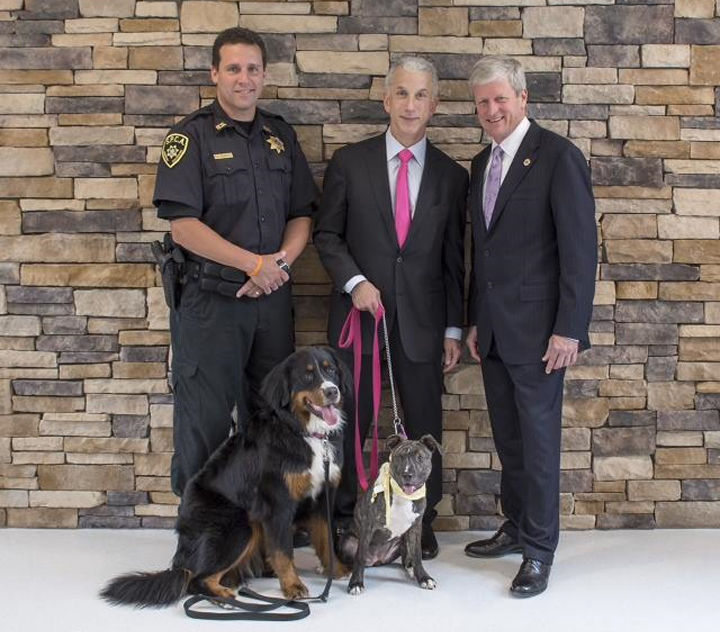 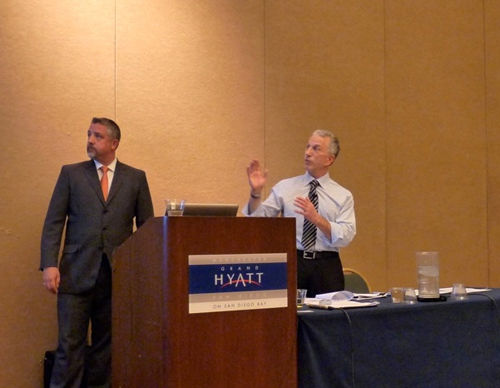 In 2013, Jerid Fisher (right) presented a lecture at the National Academy of Neuropsychology’s 33rd Annual Conference, along with defense attorney James Noble.

In 2013, Jerid Fisher (right) presented a lecture at the National Academy of Neuropsychology’s 33rd Annual Conference, along with defense attorney James Noble.

Heart. Lungs. Skin. Nearly all the major organs of the body have garnered longtime public interest except one—the brain. While the movie Concussion raised some awareness of the fragility of our minds, it has been the tireless efforts of people like Jerid M. Fisher who are putting brain health in the spotlight.

Fisher is a nationally renowned forensic neuropsychologist based in Fairport, N.Y., and a pioneer in neuropsychology, the branch of science that studies how brain injuries affect the way people think, act and behave. For 35 years, he has taken the science behind brain health and made it accessible to everyday people outside of the medical community, empowering people to make better decisions and helping those with brain injuries recover and lead the highest quality of life afforded to them.

Throughout his career, he has won numerous awards and authored scores of academic papers and recently published an investigative novel, Upside Down, about a high-profile criminal case.

“I crafted my own program,” he says.

He took an intensive course in neurology and attended patient rounds with neurologists and psychologists.

After graduation, Fisher went to work in a diagnostic clinical setting where he had “a blinding flash of the obvious”—he realized that his patients didn’t care so much about their diagnosis. They just wanted to know how to get better. So, Fisher retrained his focus to rehabilitation.

Armed with the knowledge he gained at New Medico Associates, Fisher branched out to start his own community-based rehabilitation company, Neuro Rehab Associates, and subsequently opened clinics in Buffalo and Rochester. Neuro Rehab Associates was Fisher’s way of bringing a continuum of brain injury care to Rochester so patients could recover in a familiar environment and be close to loved ones.

His clinics provided an innovative approach to comprehensive healing. After leaving a traditional acute care hospital, a patient could progress at Fisher’s clinics as needed as an in-patient or using day therapy or out-patient services. The Rochester clinic provided assisted living apartments to help people make the transition to living independently in the community and improving quality of life.

With his exceptional knowledge of brain injuries and behavior, Fisher developed an interest in forensic neuropsychology, which examines the role brain injuries have in criminal behavior. He also has studied the ramifications of police interrogation on a person with cognitive disabilities. Are their statements reliable? Are Miranda rights understood by a person with an IQ of 55? He also assesses the extent of brain damage in civil cases.

“Sometimes I feel like Sherlock Holmes,” Fisher says. “I find pieces of data to show a complete picture that tells us of the integrity, or lack thereof, in someone’s brain.”

His efforts are both wide-ranging and informative. He is currently working extensively with criminal attorneys who assist wounded veterans. In this work, he teaches attorneys to consider how a combat brain injury may have contributed to a crime, and how that may mitigate the veteran’s sentence.

In November 2015, Fisher was elected chairman of the National Academy of Neuropsychology Foundation, an ideal platform for advancing his vision of improving the public knowledge of brain health, wellness and preventive care.

“People often avoid simple things like wearing a seatbelt or helmet, which can prevent a brain injury,” Fisher says. “They do this not realizing that once the brain is damaged—especially if severely—their lives will never be the same again.”

It’s also a role that will allow him to take his work with wounded veterans even further. As the NAN Foundation chairman, Fisher wants to reach out to children of wounded veterans. He says these children often need help understanding why their mom or dad is acting like a different person after returning from combat duty with a brain injury.

Learning more about the brain and how it works is a vital part of finding out what makes us who we are, and how that changes when we get sick or injured. And Fisher continues to lead the way in innovative research.

“We’ve learned so much about the brain but there are vast areas yet to be discovered,” Fisher says. “It’s the very apex of what makes you, you.”

“Sometimes I feel like Sherlock Holmes. I find pieces of data to show a complete picture that tells us of the integrity, or lack thereof, in someone’s brain.”